Poggio Lupo is a hamlet in the Municipality of Allerona, north of Orvieto.

Allerona takes its name from the ancient Lerona Castle, of which nowadays just the remains of the majestic walls are left, together with two gates called “Del Sole” and “Della Luna” or “Delle Fonti”.

Here rises Poggio Lupo, our winery. A land next to the Rivarcale stream, alongside the ancient Etruscan-Roman “Strada dei Vini” (Wine Road), an important communication route dating back to the Etruscan times (IV century BC). The cultivation of vines has been an essential activity since roman times, as confirmed in the old Lerona Castel Statute. This ancient document (issued by Pope Sisto V in 1585) tells us indeed about the sale of wine and highly specialized viticulture, for those days.

A territory with an old-world charm and great richness of history and natural resources.

The Morgante Family: the origins

We are in the early years of the twentieth century.

Callisto Morgante is enlisted and sent to the battlefront during the first World War to fight against the Astro-Hungarian forces. During an attack at the trenches, he is hit by shrapnels from a grenade. Severely injured, after a long recovery time, he is discharged. During that time he met Mariannina Severini; they got married right after. Mariannina and Callisto, with very little money, bought a piece of land in the municipality of Allerona, together with some animals, seeds, vines and farmer tools to cultivate them.

Callisto started producing and selling wines together with the other products of the land. Callisto and Marianna had three sons: Antonio that became a doctor, Ugo that became an engineer and Alberto who, at the age of 17, quit his studies as soon as Callisto took him to Allerona in order to work the land and the vines together. Alberto then became a skilled winemaker and a great wine lover, carrying on the traditions of his father.

Alberto had three kids as well: Massimo, Manuela and Marco, that developed different professional paths. During that years, the vines were completely abandoned.
Nevertheless, the Morgante brothers’ common will was to resume Grandpa Callisto’s passion and to give “new life” to a land with a great history, already rich in such particular varieties. Massimo, together with his brothers, resumes the works and gives rise to what today is called Cantina Poggio Lupo

In the current times Alberto Morgante, Massimo’s son, continues and passionately pursues the tradition of wine, the same that was handed down in his family from the early years of the twentieth century, since the times of the great-grandfather Callisto Morgante.

An “ancient” land and its many typical local white grape varieties (Verdello, Grechetto, Malvasia, Trebbiano toscano) alongside with some international ones such as  Merlot, Cabernet Sauvignon, Chardonnay, Sauvignon Blanc and Petit Verdot.

Alberto and his father Massimo have started a careful renovation work of the vineyard by trying to bring new organic substances through plentiful natural manure, modernizing the agricultural machinery and, in addition, they have started changing the cultivation techniques by immediately adopting the organic ones.

In 2016, Massimo and Alberto have begun to produce their wines again, with the help of the oenologist Fabrizio Fimiani. The names chosen for the first labels where DELSOLE for the white wine and DELLALUNA for the red one, with reference to the ancient Lerona Castle’s gates. 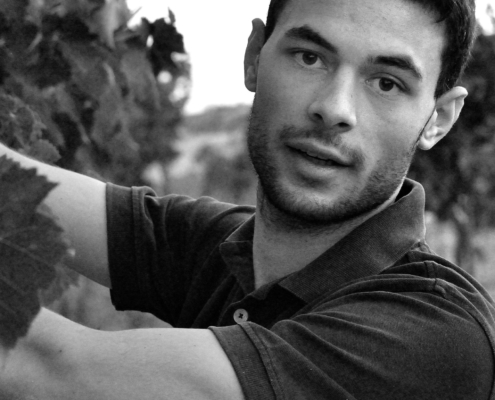 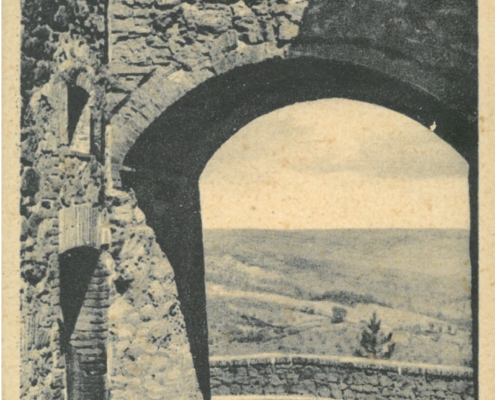